Biographical Notes for a Few of the Occupants

An Old Plan of Burials in the 'New' Cemetery 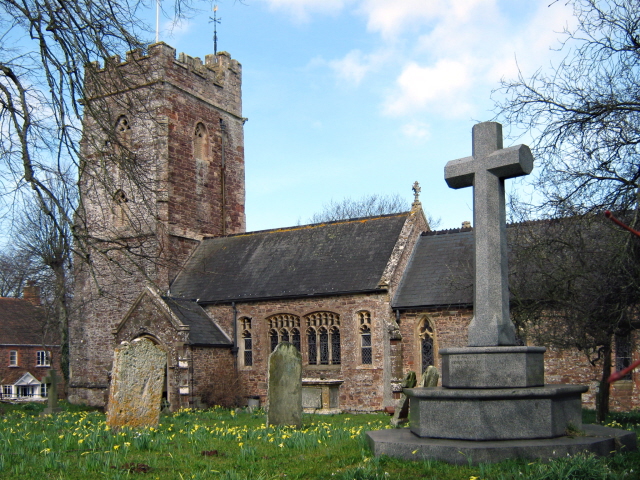 Frost and lichen erode stone. I had noticed that many of the inscriptions on the gravestones marking burials around Over Stowey Church were difficult if not impossible to read, so in 2000 I spent a few afternoons writing down all I could of the remaining carved inscriptions. Just in time as it turned out because much of what I could read then is already illegible fifteen years later.

It looks to me as though the graveyard was cleared of old monuments in the mid Nineteenth Century, and around the end of the century it was closed for further burials when the new cemetery was opened across the road, so almost all the stones date from the 1840s through to 1909. Just one is left from the Eighteenth Century, in remarkably good condition having been leaned against a wall where it was sheltered from the weather and covered in ivy.

William Holland wrote a diary between 1799 and 1818 while he was vicar of Over Stowey. It is an interesting document and has been published under the title Paupers & Pig Killers. Parts of it were dramatised for BBC Radio 4. A number of the names in the graveyard are mentioned in his diaries and I have written some biographical notes for several of them along with Coleridge's friend Thomas Ward, the young Henry Stanley and anyone else I know anything about.

The plan of the graveyard allows you to locate each stone should you want to. They are numbered with a North South East or West prefix

The names recorded in Over Stowey Churchyard are as follows: